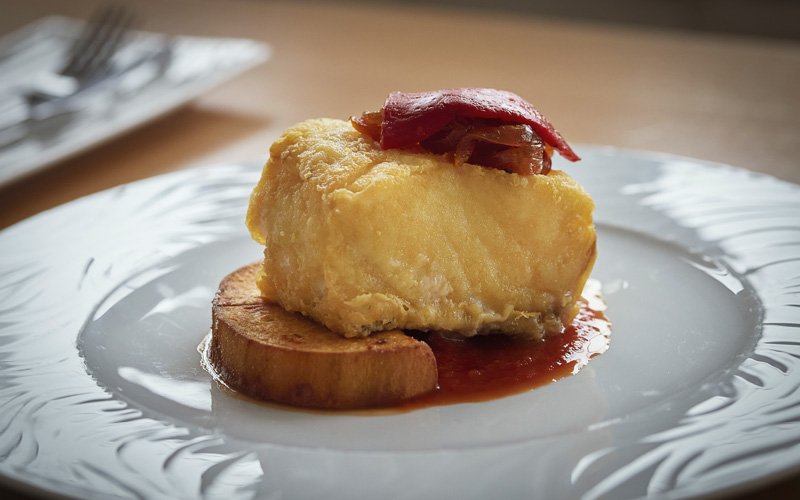 Traditional food from the north of Tenerife

The traditional food of Tenerife is exceptional and to enjoy it to the maximum we recommend you to go to the north. If you are looking for something beyond classic tourism, in the north you will find the green and cultural soul of the island. You will also find unparalleled gastronomy that will make you fall in love with its simplicity and great taste.

In the north of Tenerife you can enjoy delicious traditional dishes that you won’t find anywhere else in the Canary Islands or the rest of Spain. Although the whole coast is very much focused on seafood, the north of the island stands out for its meat dishes.

Simple dishes made with local ingredients

Another feature that characterises Tenerife’s traditional home-made food, and of course that of many restaurants, is the simple dishes where the flavour and quality of the local ingredients are the most important.

In Tenerife’s restaurants, such as La Tasquita de Mami, fish, pork, potatoes and delicious cheeses reign supreme. If you want to know which dishes stand out in the traditional food of the north of Tenerife, we leave you with a short list that will tempt you to try them all.

It is impossible to talk about Canarian home-made food without mentioning papas arrugadas con mojo (wrinkled potatoes with mojo). This tuber is a protagonist in the gastronomy of the islands. Although it is prepared in many ways, the most popular is to eat them wrinkled: boiled with the skin on and covered in salt.

Canary Island cheese has gained international recognition thanks to its variety and quality. One of the most traditional ways of preparing it is grilled. At La Tasquita de Mami we also prepare it with gofio, walnuts and palm honey.

In Tenerife, fresh or salted fish is usually served with potatoes, gofio or sweet potatoes. One of the dishes that stands out at La Tasquita de Mami is cod with fried sweet potato and homemade tomato sauce. A very popular delicacy among the locals. Although if you prefer a restaurant with a wide variety of seafood dishes, we recommend La Navaja Restaurant in the south of Tenerife, in Playa Paraíso.

In addition to the meals mentioned above, Tenerife’s gastronomy also includes dishes such as sancocho (Beef stew), ropa vieja (Pulled beef), grilled wreckfish, watercress stew or ribs with potatoes and pineapple. A great variety of dishes that make the typical food of the north of Tenerife a delight that you can enjoy in our restaurant. Are you hungry? Then come and check out our delicious meals!