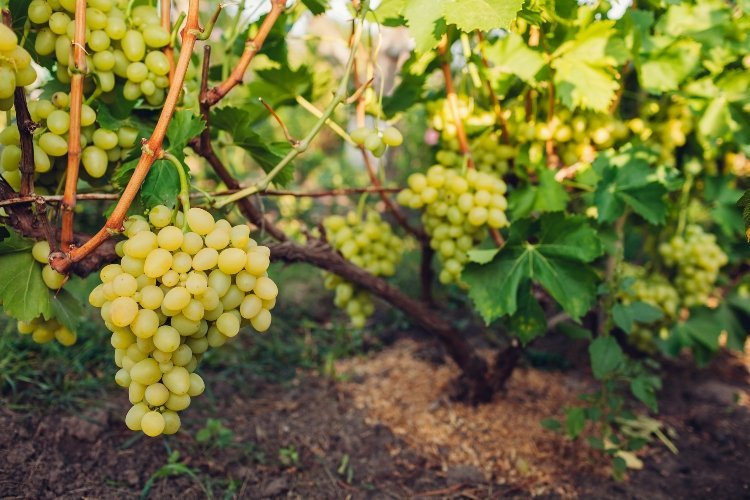 Harvest time in Tenerife: Keys to the harvest

In Tenerife, the grape harvest has a long cultural tradition. It is one of the most important moments in the production of wine. Every year, after the summer, this period begins, with the aim of producing a wine to delight wine lovers.

One of the keys to the success of Tenerife’s wines are the different native varieties that are grown, and which are not found in the rest of the country.

This process lasts approximately two months from beginning of the “veraison”, which is when the grapes increase in size and weight and change from green to yellow or red.

Tenerife, with its five PDOs, is the island with the highest wine production, with around 60% of the Canary Islands’ grapes. In total they have the world’s longest grape harvest!

This Designation of Origin stands out because its vineyards are at the highest altitude in Spain and the wines produced there have great personality.

In the Güímar Valley, white grapes account for 80% of production and produce a fresh, fruity wine. Rosé wines and some varieties of red wine also stand out. All of them have very powerful aromas.

The northern area is also a great producer of white wine, where the fruity aroma is mixed with a certain bitterness, these wines being drier than those from the south.

One of the most extensive PDOs in Tenerife, where rosé wines stand out alongside the whites. The volcanic origin of the land has turned these wines into some of the most characteristic of Tenerife, with very fruity touches and very special aromas.

In this PDO red wine accounts for more than 80% of the production. These are the vineyards closest to the coast and have the qualities of wines from volcanic and earthy soils and the Atlantic. This results in balanced and fruity wines.

The grape harvest is the perfect time to get to know the history and tradition of Tenerife’s wineries. And of course, to discover the winemaking processes and immerse yourself in this exciting world.